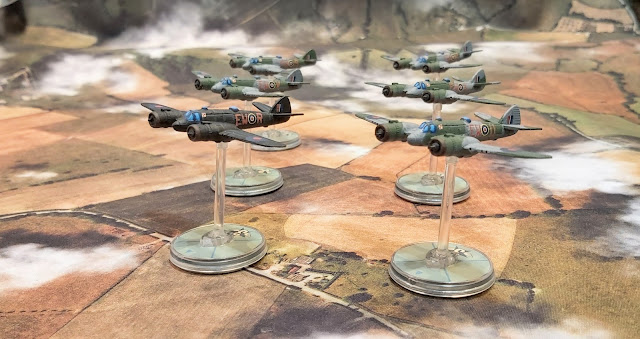 Seeing the Beaufighter in the Warlord Games offer (about year ago) I decided to buy a box at once as a reinforcemets for my Polish Air Force in Britain. The 307 night fighter squardon was only one from Polish Air Force armed with Beau-fighters.

After rather bad experiencs with B.P. Defiants 307 was rearmed into real heavy stuff like Beaufighters which meet expecttions of Polish airmen. The very first variant in service were Merlin driven Mk IINF and since May 1942 the new Mk VINF (Bristol Herkules driven) version started to appeare in the squadron. With a new equipment the pilots started to gain first victories. One of the most successful pilots was Gerard Ranoszek. 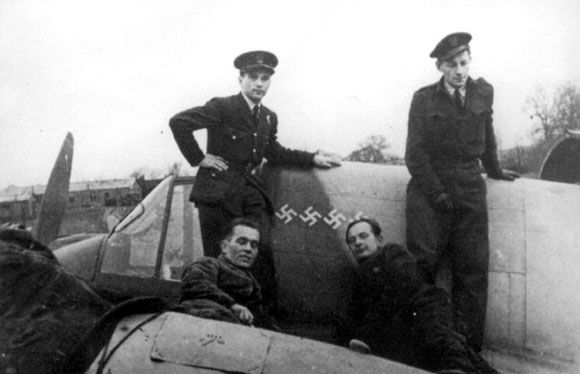 It was obvious for me to buy a set of Beaufighters from Warlord as the product best fit to my Polish Air Force collection. It wasn't an issue that the model was early version Mk Ic. I was sure that I can handle with adaptation. 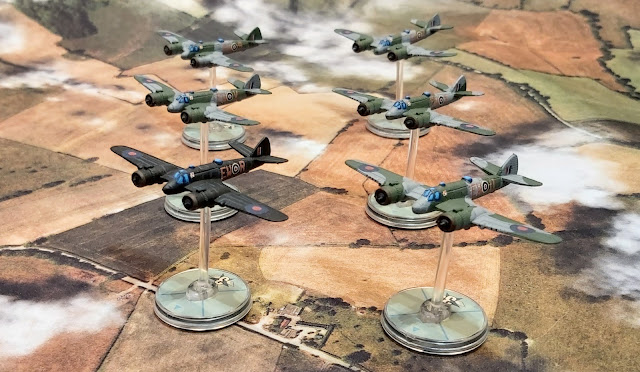 Unfortunately Beaufighters from Warlord Games were one piece metal with a bunch of bombs under wings and fuselage. Conversion to fighter Mk VI version required removing of bombs and spinners and folding elevators.

Removing additional armament was really terrible job. Only with a support of good Tamiya tools the unnecessary elements were removed succesfully.
After the sanding, models were primed and painted with Vallejo colours. For a few months I'm painting all my BRS models using airbrush. The camo was applied by masking some areas with blue tac. Decals were customized from miscmini set with some addings.
I'm quite happy with the effect and with a support that such heavy fighter could make to my Polish Air Force.
There os one missing element for full satisfaction: model absolutely need to be resin. Such big piece of metal as Beaufighter is much too heavy to stay on Warlord stand even supported by additional washer. I haven't manage with this issue yet.
Having Beaufighter and Mosquito from one side and Ju88 from other side I'm looking forward for the night fighting rules. 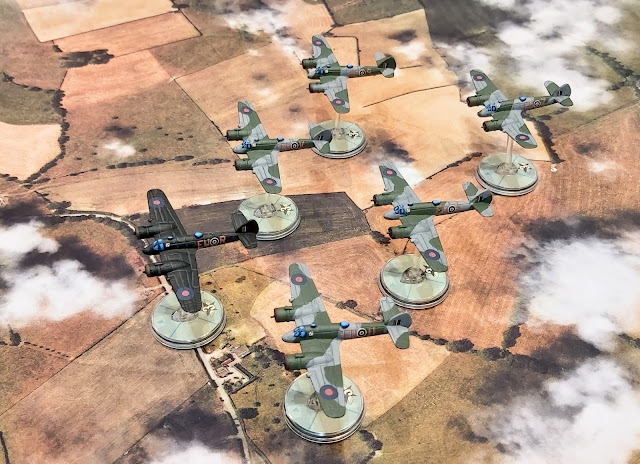 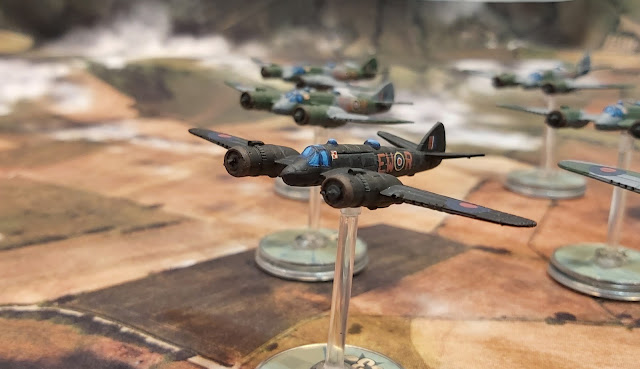