It was said that no battleship was sunk by the  airplanes on the open sea yet. That's why admiral Philips decided to ambush Japaneese landing troops during dispembark at the root of Malay penisula with his Force Z squadron of two fast battleships.

His ships were follow hidden toward its target for quite long time, but eventually the party was discovered by the Japaneese reconnaissance aircrafts. Loosing element of surprise British admiral turned back to his base in Singapore. Meanwhile bombers and torpedo aircrafts hunted its prey. Eventually they tracked them down and attack wildly. The doom for a battleship comes. The two mainships were sunk in the open sea by the airforce


The Japaneese player's goal is to find and sink Prince of Wales before she returns to the Singapore base. He has at disposal a single element of three G3M Nell or G4M Betty twin engine bombers armed with torpedoes. 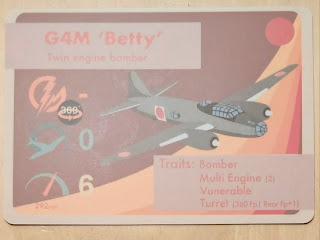 To play Big-game hunting scenario you need the regular 48x48" table. Player starts with 3 G4M Bettys (regular pilots) at the north edge of the table. The player chooses advantage level of the planes. All the aircrafts are laden with torpedoes.

Until the battleship has been found the player moves his bombers directly south. At the end of each turn, he makes seeking test, if the British battleship was found (as described in the Airstrike rules). If the test is successful, player makes 2D6 roll which indicates the distance from the nearest airplane (east or west) where the ship appears. Place the model (1/700 battleship would be perfect or any marker 10" long) heading south. If it is possible the target battleship opens fire into the enemy airplanes immediately.
At the beggining of each turn move the target battleship 1" direct toward the south edge of the table. The game ends when the target reaches the edge or is sunk. If - during the game - the Japaneese bomber party is forced to retreat another unit of Betty's arrives from the north edge of the table (at the same way as the first) and make a pursue the ship.

Flak barrage: Just appeared battleship may set up a Flak barrage in the regular way in a single line between the aircrafts and the ship. It may be repositioned if another bomber party arrive.

Fighter cover: Admiral Philips decided not to summon fighter cover from Singapore to hide his position from Japaneese. Alternatively the scenario could be played  against live opponent. If this happen the Japaneese player have additional +1 modifier for seeking test, but there is a chance for Allied fighters to appear. At the beggining of each turn British player rolls D6, if the result is lower than the turn number the bunch of 6 Buffalos arrives from the south edge of the table (make a regular test for starting Advantage level). 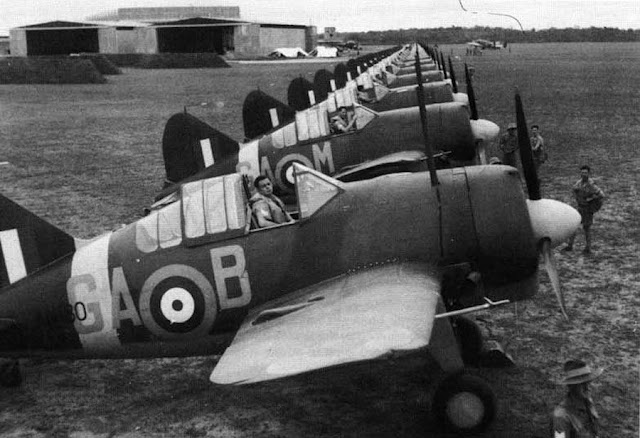 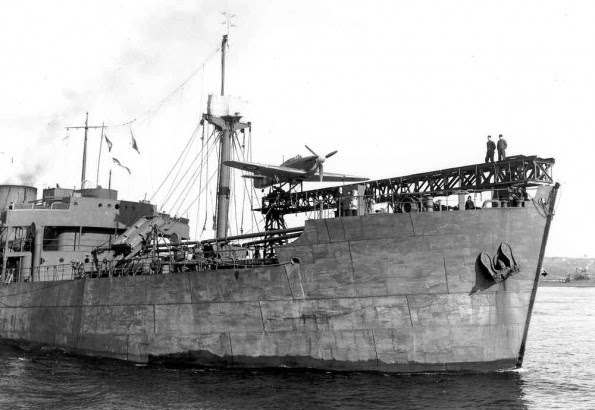 Due to heavy casualties inflicted to arctic convoys by German Luftwaffe an urgent call arose for fighter cover to freighters. Having no spare carriers to engage there was a bold plan to install catapults with fighter planes on some transport ships. After a battle a fighter pilots could head his plane to the land or just jump out and pray to be picked out from freezy water fast enough. 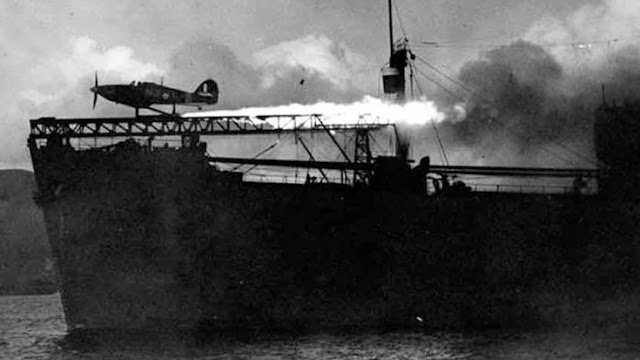 The battle take place over freezy waters of Barents sea between attacking German Torpedo bombers (Ju88, He111 or He115) and small Hurricat party covering an arctic convoy. The scenario is to be played on 48"x48" table and need to be covered with proper sea playmat or at least any blue cloth.

On the north side of the table you need to place a heavy freighter ship (1/700 model of Liberty Class would be perfect, or any 10" length token) and right in the middle of the table place a destroyer model (or any 5" token). 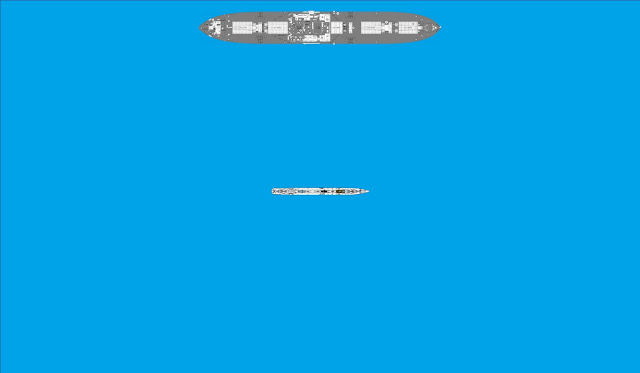 Cards:
It is rocommended to use open play rules in terms of cards. One weather theatre card per player for North European area is obligatory.

The attacker (German Luftwaffe) goal is to inflict as many casualties to the enemy ships as possible. The defender need to protect ships with a Flak fire and fighter component of Hurricats. 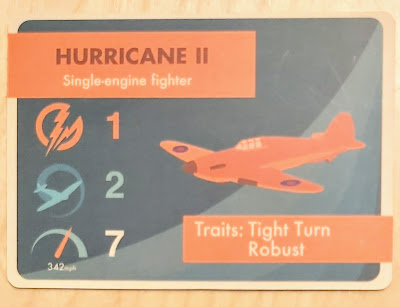 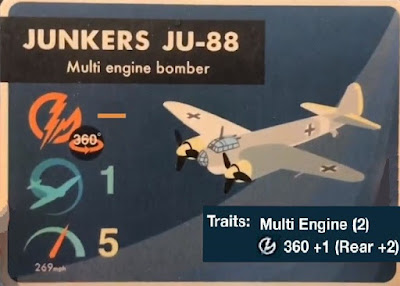 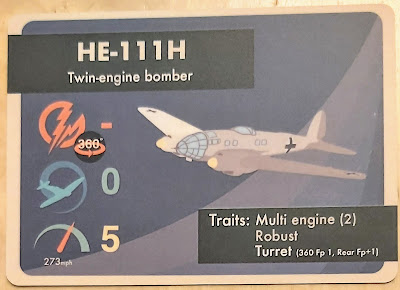 Victory conditions for the attacker:
- each hull hit to any ship: +1VP
- for each sunk ship: addtional +1VP
- for disengage the fighters: +1VP (only aplicable when at least one hull hit was inflicted)
- for each bomber engine damaged: -1VP
- for retreating attacking party: -1VP

Remember:
- German multiengine bombers may carry two torpedoes which gives a special +1 dice bonus during torpedo run .
- Light flak open fire to the nearest (whichever friend or foe) disadvantaged plane in the 6" range at the end of the turn.


Flak barrage: defender may place Flak barrage 4 points strong at the start of the turn when at least one enemy plane is considered to be visible from any point of destroyer's deck.


Full steam ahead: At the begining of each turn defender player may (but don't have to) move the destroyer model 1" forward. 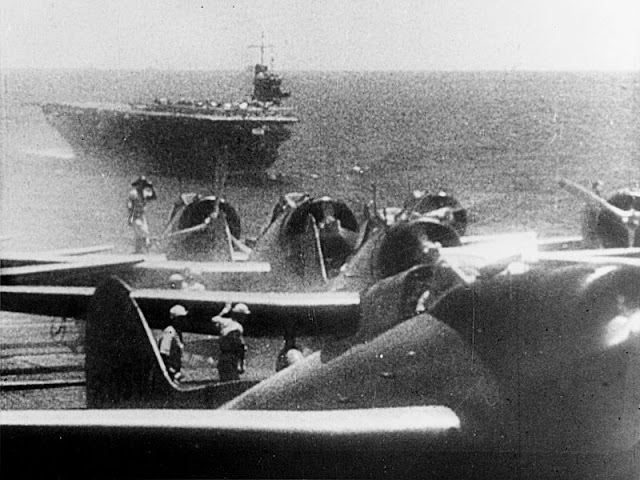 Are you bold enough to get in to the dragon's lair and stole some of his treasure? If so you are in a good position to start war against United States of America. Unleash power of your bombers and sink US Navy in her harbor.

This is solo scenario for Blood Red Skies game inspired by Japaneese operation against US fleet in Pearl Harbor. The player's goal is to sink the proud of US Navy: USS Arizona with a squadron of torpedo or dive bombers. You need to attack by surprise before enemy host of flak would respond.

The scenario is played on the table of 36"x 21'' which represent US base of Pearl Harbor. Main part of the map is port channel (flat terrain), 15" wide. On both sides there are 3" wide strips of Urban terrain (port). By the bank (both sides) there are light Flak (2points strong) positions (6" one from another). 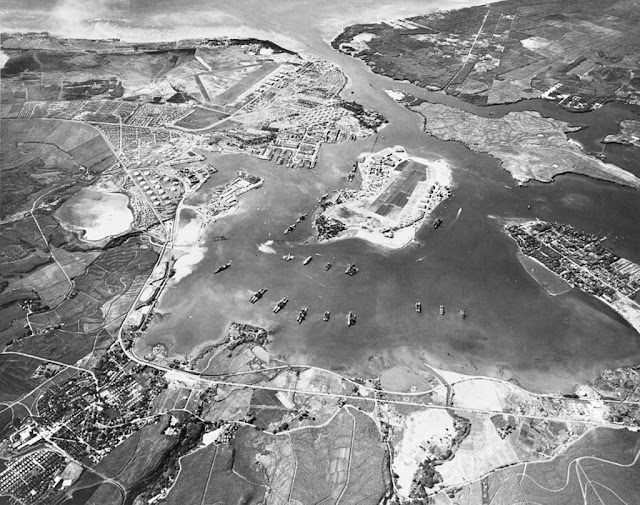 The main target: USS Arizona battleship is placed by the bank in the center. You can use a proper model (I prefere 1/700 scale which suits well to a wargame table), or, if none is available you can use a token 10" long. In the middle of the channel is placed USS Show destroyer.

Japaneese squadron may appear on the table in elements (minimum 1) from any edges except South (where the battleship is berthed). You can free to devide your force and attack from different directions. You can also keep some force in reserve and unleash it in the subsequent turns. All your planes have to be the same type, all you plane have to start game with the same advantage level (players choice).

The attacking force:
You can free to choose dive bomber squadron of six D3A Val or torpedo squadron of B5M Kate. Five pilots with regular (3) skill and one veteran (4). There are no trait, theatre or doctrine cards. Any bombing runs are following the Air Strike rules

The game ends when all planes drop their ordnance or are forced to retreat. 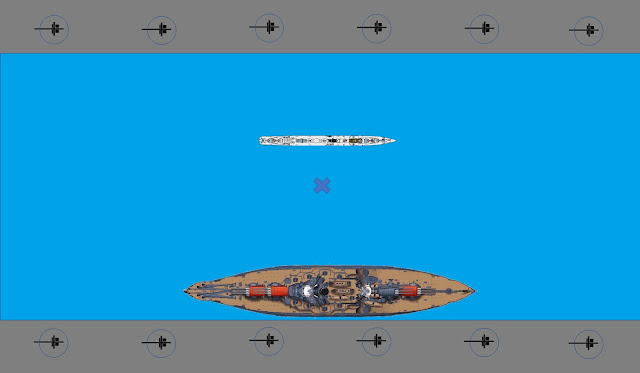 Surprise attack: at the end of each turn the enemy may try to raise alert. Roll 3D6 + modifications. If any "6" is rolled All flak units are considered to be active
+1dice for any plane closer then 6" to any flak position (inluding ships).

+1dice for every turn (starting with second)
-1dice if all planes are disadvantaged
The alert is automaticly raised when any attack is commenced.

Flak:
Each active flak open fire to the closest plane (regular dodge regulations are in use including deflection shooting) within range (6") at the end of each turn. Additionally Flak units counterattack any bomb (or torpedo) run in regular way. Due to tight area ships doesn't use Flak barrage, only regular light flak. Flak units are considered as a Artillery position for a bomb run purposes.

Optional rules:
USS Shaw on the move: to give your attack more thrill you can choose to set up USS Show in the random (use
dices) position after Japaneese party appears. 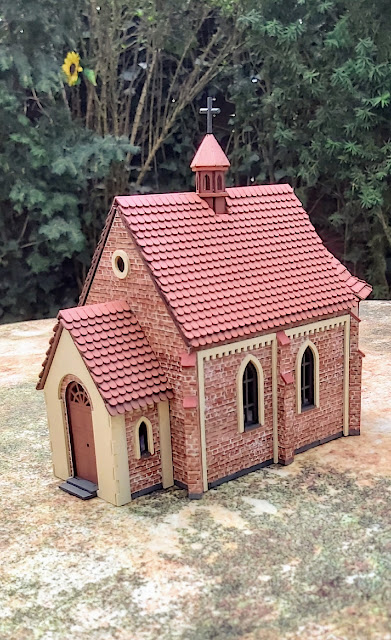 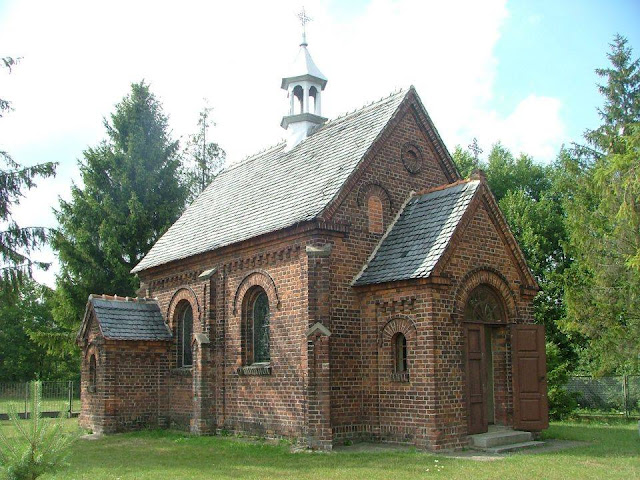 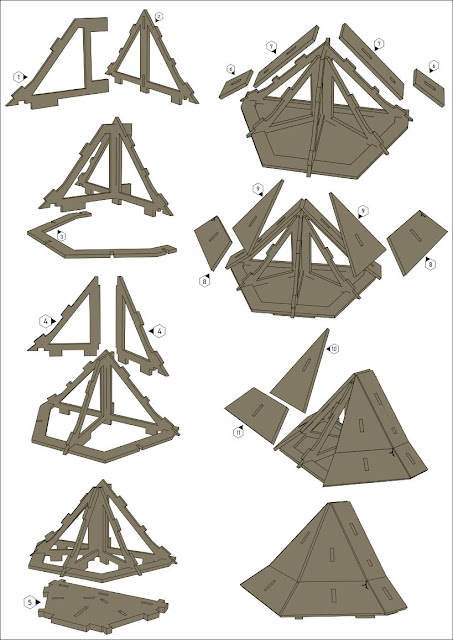 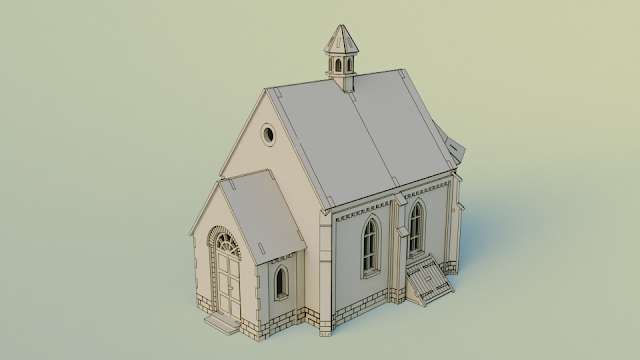 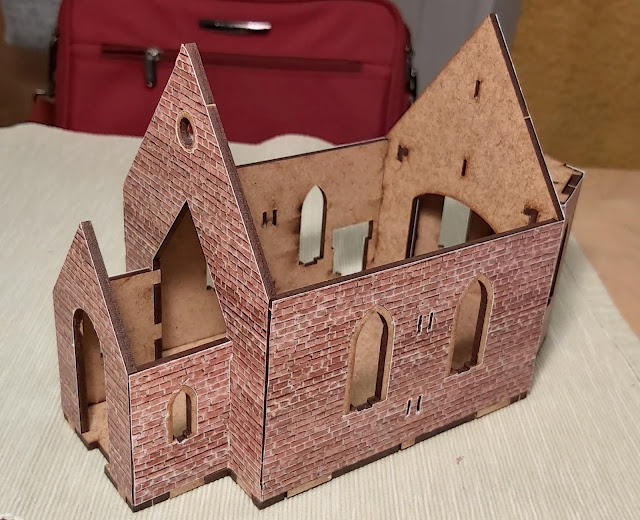 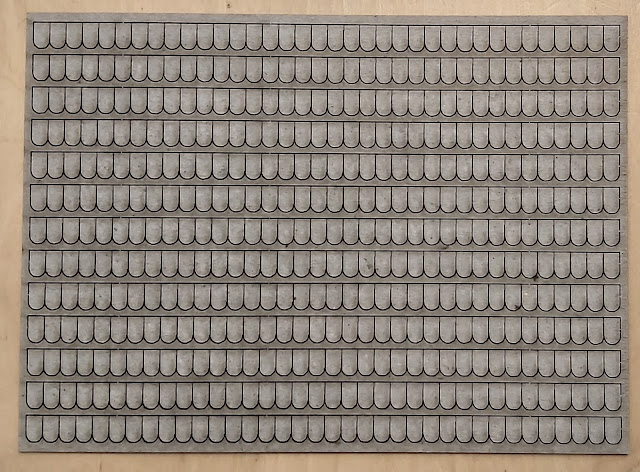 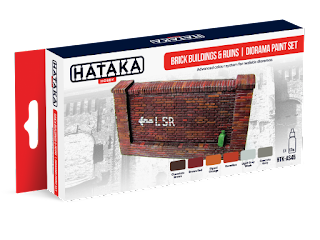 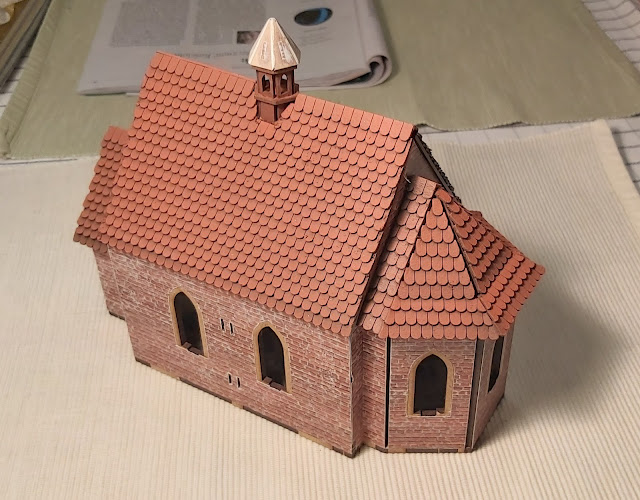 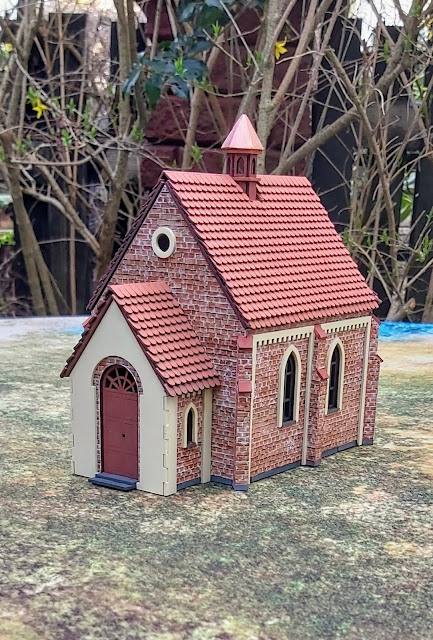 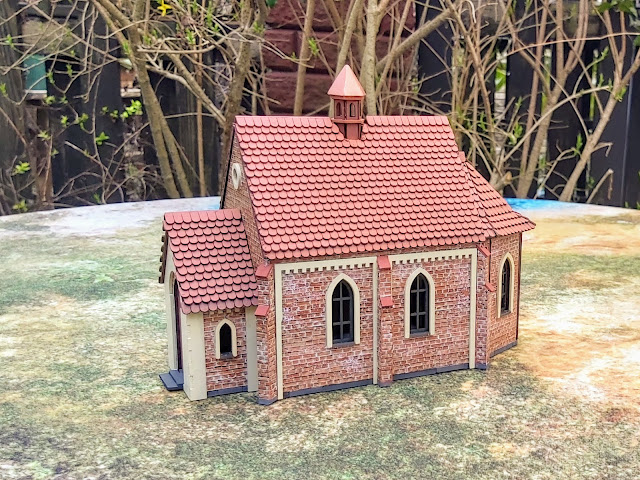 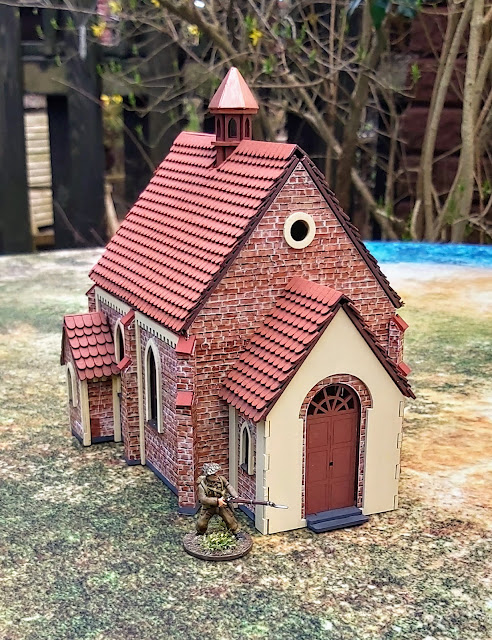 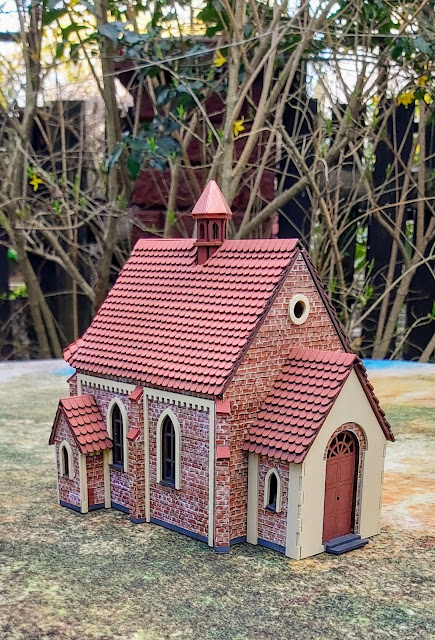 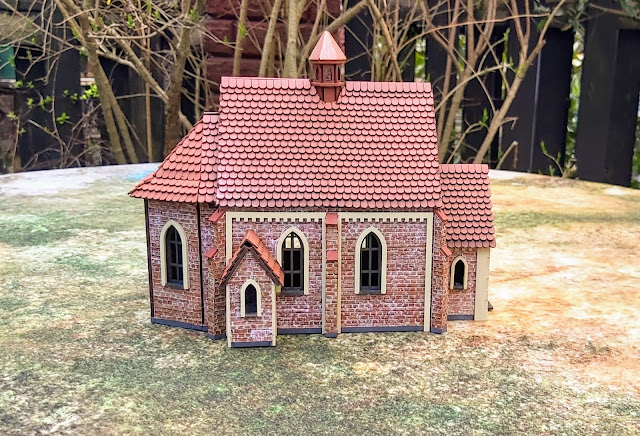 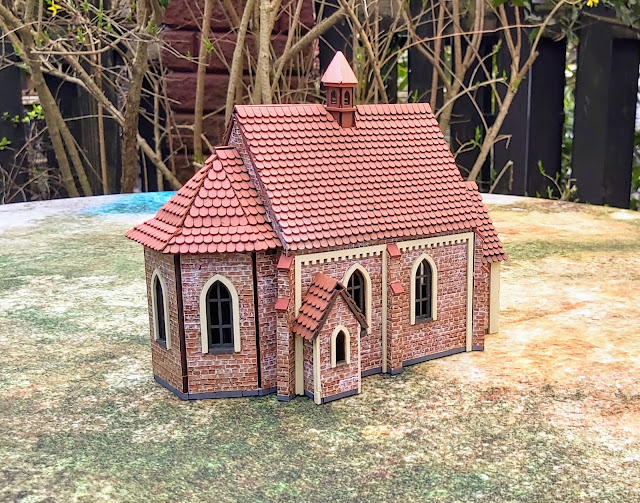 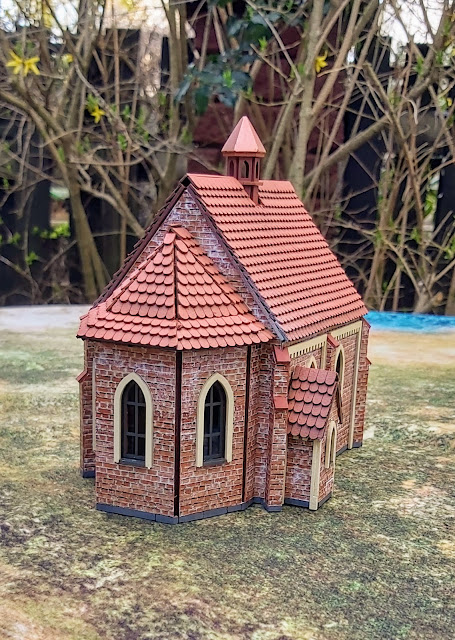 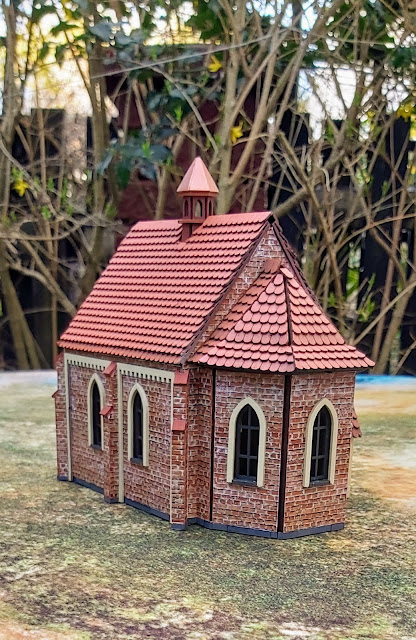 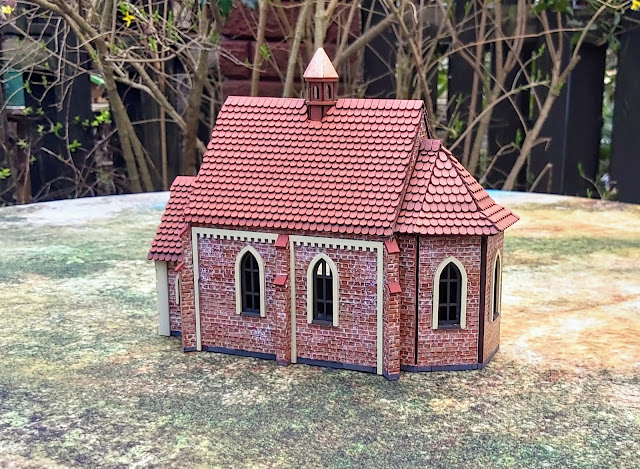