Not by Strength, by Guile - my LRDG platoon 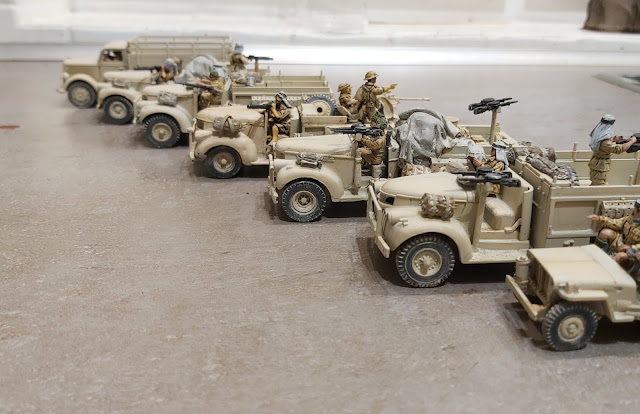 I haven't play it yet but I'm really excited with special capabilities that it gives to the player. High mobility, outmanouvering, dodging and all terrain movement ability give a player impression how did this formation work. 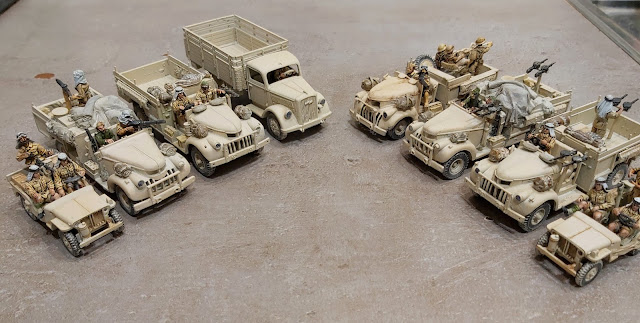 Preparing my LRDG platoon I had a chance to compare vehicles from different suppliers. The full test results are discussed Here.

Concerning my platoon it is 999 pts strength and consists of 8 vehicles. Most of them are Chevies, different types, supported by two Bentham Jeeps. Infantry component consist of 5 LRDG/SAS teamts. The transport for infantry provides captured ex German Opel Blitz.

All LRDG vehicles have increased Outflanking (Behind the Enemy Lines, Out of the Blue), extreme high manouverability (Hit and Run, Recce), terrain crossing (Deflate those Tyres),  and Fire abilities (Over Gunned).

Command component is realized by two Bentham Jeep armed with single pintle mounted forward facing MMG. Each vehicle is worth 73pts. Except standard LRDG abilies each Bentham is a Command vehicle with command radius of 12", 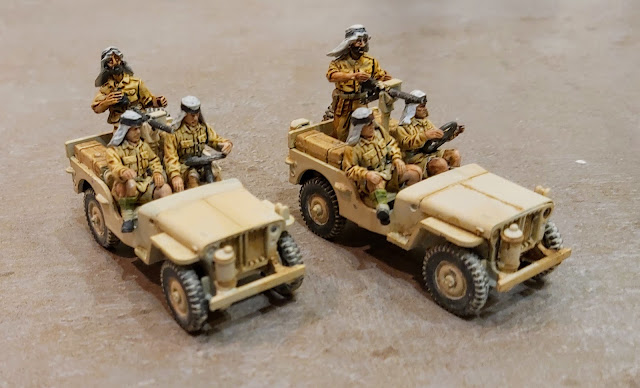 My Bentham Jeeps are Rubicon models with added spare Warlord Games figure of gunner. The models - as each Rubicon - is perfect designed and gave me much fun during assebly.

Two of ma Chevies are streghtened by using two twin Vickers K LMG. This gives 20 dices fire strength for per vehicle. Each of Chevy "Volley" gun truck is worth 86pts. and have all LRDG car abilitties. 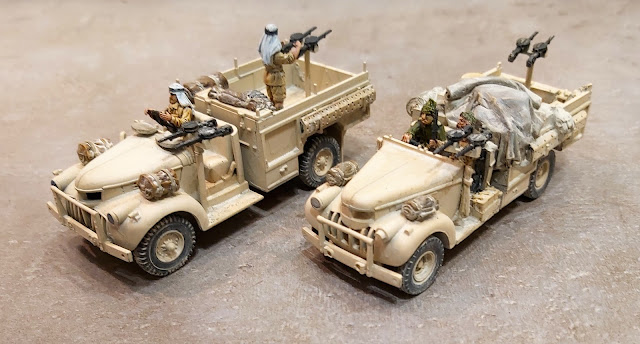 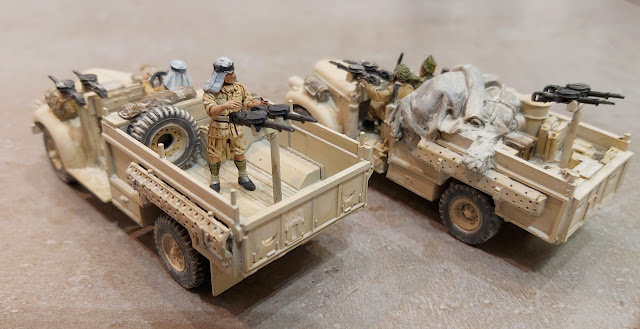 One of my "Volley" Gun Truck is Warlord's Chevy when another is Rubicon. The Vickers K packs came from Rubicon Jeep sets. The Warlord model has default luggage when Rubicon need to install additional stuff. I possibly add something to this empty looking car.

There was a place for another LRDG Chevy in my platoon, armed a bit lighter with one forward facing and one pintle mounted MMG. The car is worth 66pts. 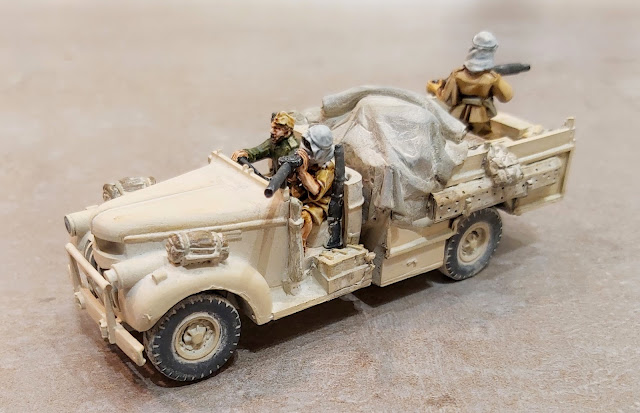 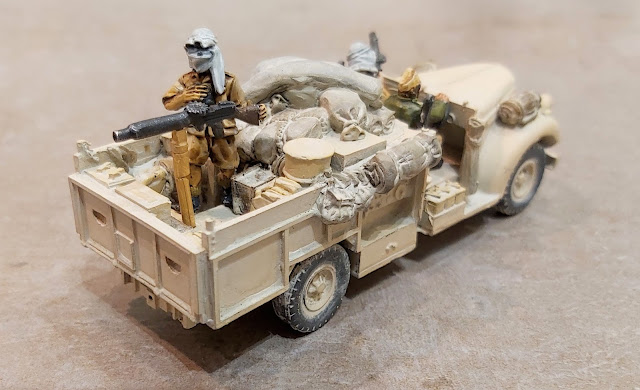 The model is another Warlord set equipped with default armament of two Lewis guns. As usual present resin Warlord model ic consist of few main parts and is fair enough during assembly.


The only support weapon (with penetration modifier) in my platoon is Breda 20mm gun on another 30CWT Chevy. The car is worth 84 pts and is armed with rear facing light autocannon and forward facing MMG. 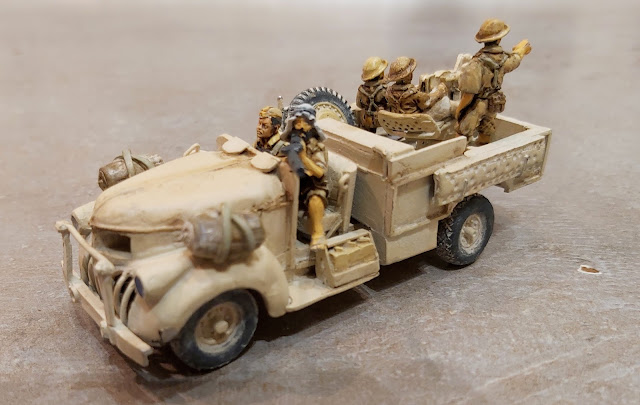 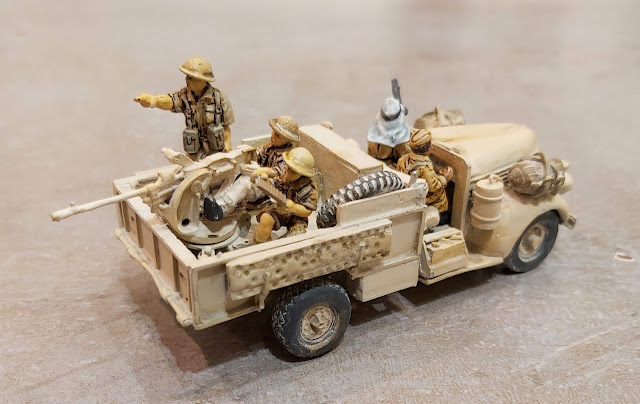 The model is Offensive Miniatures production. I added forward gunner from Warlord set and made no additional conversions yet. This is poor quality model made from white metal. The matrix looks worn out. I would probably haven't decide to buy another next time.


LRDG Transport Truck is almost regular LRDG Chevy (with all LRDG characteristics) worth 64pts AND transport abilities (up to 10 pasangers). 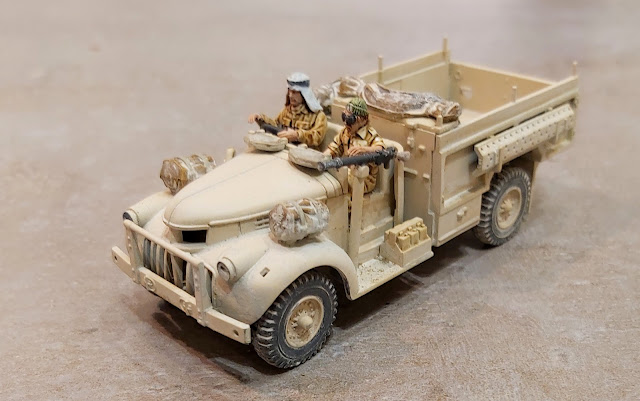 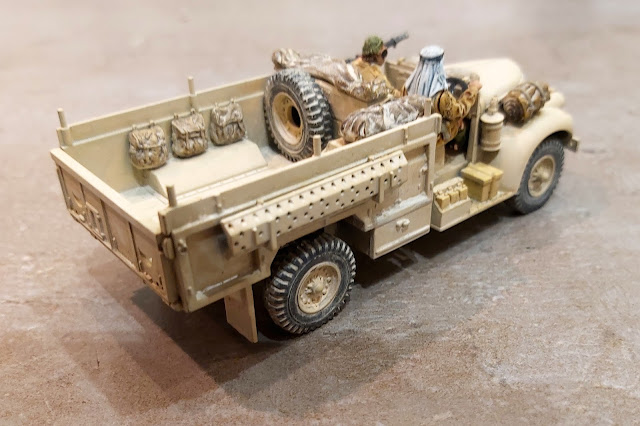 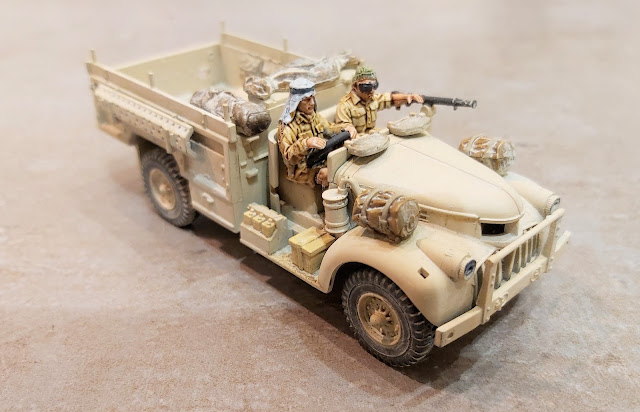 The model is Rubicon 30CWT Chevy with some small additions.

The last vehicle in my LRDG platoon is captured Opel Blitz. This only inexp truck worth 31pts can transport up to 12 pasangers, that is fully covers my needs 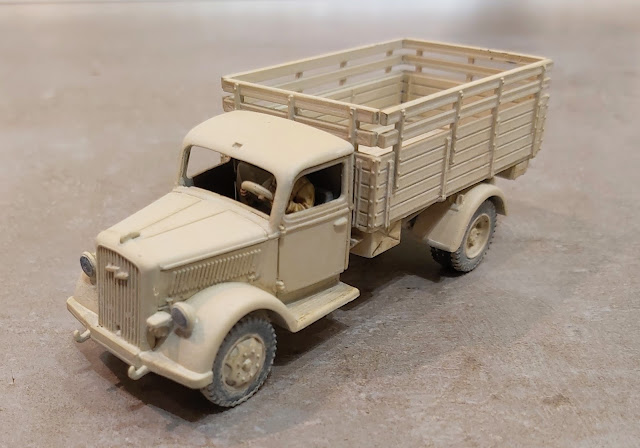 The model came from Warlord. It is really nice in assemply.  All LRDG vehicles were painted with Canadian Sand colour overall (one of the LRDG camo pattern). 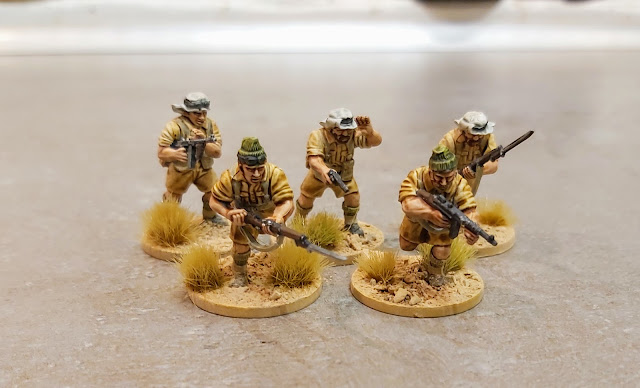 I hope it will work well on the desert battlefield. I definietly will share my achievements.
Autor: merry 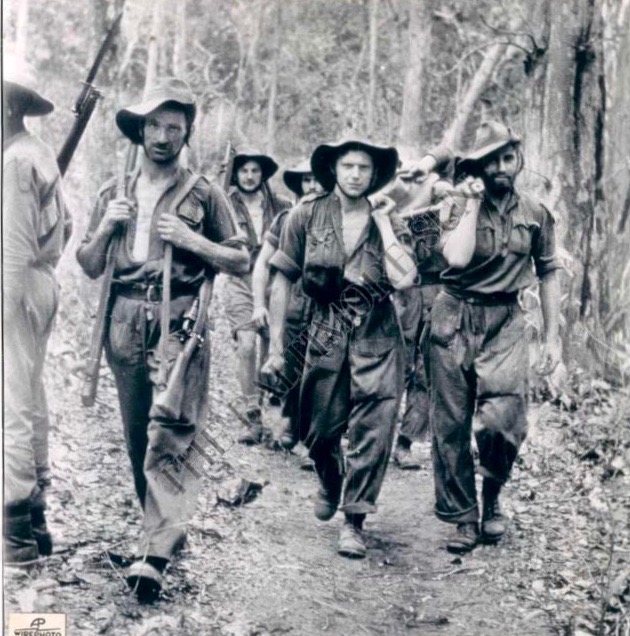